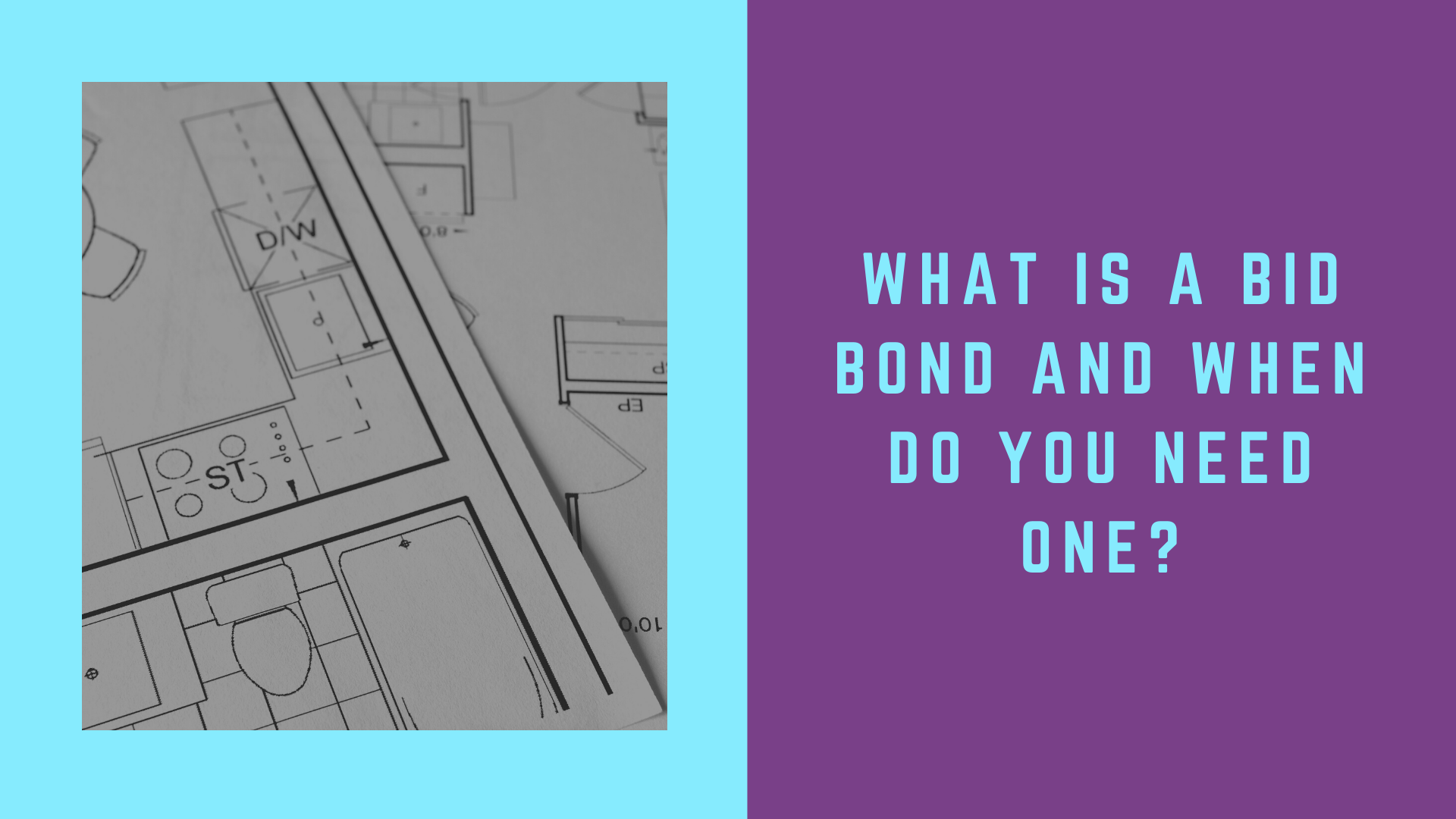 What is a bid bond?

A bid bond is a type of performance bond required in certain contract awards. The bid bond assures the government agency, company, or individual who awarded the contract to the bidder that if they do not perform as stated in their proposal and win the contract, then they will forfeit their initial deposit given with the bid. This means that if a contractor does not give the full performance required in the proposal and is the lowest bidder, they will have to forfeit their bid bond.

Bid bonds are not one size fits all types of insurance and there is no set price on them. Each State and each type of project has different requirements when it comes to submitting a bid bond with your proposal. Every company bidding on a project should work with an insurance agency, who specializes in bid bonds, to find an appropriate bid bond for the type of contract they are bidding on.

Bid bonds are required in many different types of contracts including but not limited to:

If a contractor does not have the required bid bond on an awarded project then they will forfeit their initial deposit and lose the contract. It is important to note that even if a contractor performs as required in the contract, but submits a bid with less money than required, the contract will still be awarded to the contractor who properly submitted the lowest bid.

When do I need a bid bond?

A bid bond is a type of surety bond that guarantees the performance of a contractor’s bid. It is typical for contractors to bid on different projects and jobs, and not everyone will result in an award. If an individual makes a bid on a project but loses out, they may be required to make another bid (with the hope of winning).

The purpose of a bid bond is to protect the owner or project manager in case the contractor who does win does not meet their obligation. The bond will allow the owner to file a claim and recover any damages that might occur due to the contractor not completing their work in a satisfactory manner.

A bid bond guarantees the contractor’s bid for a project. Therefore, possession of a valid and enforceable bid bond is usually required before a company can begin work or purchase supplies on a job. A company may choose to use more than one type of surety bond (e.g., bid bonds and performance bonds).

Although contractors will typically require a bid bond for a project, there are occasions when it is not strictly necessary. For example, a contractor might be able to work on a job without a bid bond if they have been awarded the contract through negotiation rather than through an initial bidding process.

When can you use a bid bond?

One of the most important reasons why Bid bonds are used is that they secure payment for ‘defaulted’ bids. This also reduces litigation risk since bidders are bound by their offer, even if there was a mistake in the pricing or technical specification of the offer.

A bid bond is supposed to protect your interests and the interests of the owner by assuring that, if you are awarded the contract, you will provide a performance bond at an agreed-upon time. It doesn’t guarantee that you win the job or that there won’t be a change order that might increase the price.

A bid bond is a type of guarantee that ensures your full and timely performance as the bidder on a construction project. If you’re awarded the contract, the bid bond pays the difference between your proposal price and that of the second-lowest bidder.

Normally, with most forms of insurance, you can choose your own provider. However, for certain types of insurance such as surety bonds, it works differently. Insurance companies that want to compete for surety bond business must become pre-approved to write the type of bond you are interested in.

Who needs a bid bond?

Bid bonds are designed to assure an owner that a contractor will be around long enough to perform their contractual duties. A Bid Bond is a form of insurance that guarantees that the owner will receive the full amount of the bid bond in addition to the contractor’s low bid in case their low bidder fails to perform.

A Bid Bond is not insurance, even if it’s called “bid guarantee” or “performance guarantee”; it is strictly a promissory note executed by each bidder, which they are obligated to pay the owner in the amount of the low bid if they fail to perform. The bond protects against the bidder not having the financing to fulfill their contractual obligation.

The bid bond guarantees that the contractor will enter into a contract with the owner if they are awarded the bid. The award of a bid is also contingent upon receipt of satisfactory evidence of insurance.

As an owner, you need to be aware that most contractors carry general liability insurance or business coverage, but this insurance is not sufficient for work on public projects.

Where can you buy a bid bond?

A mandatory requirement of being awarded a construction contract is for the bidder to have executed a bid bond with the authority specified. The question as to where one can purchase these instruments has been raised recently by several bidders who were seeking clarification.

To begin with, there are differences in the size of bonds required depending on the dollar amount of the bid. The following chart illustrates the requirements:

In addition to the dollar amount of the contract, the State Construction Office (SCO) specifies if a bid bond must be executed with the SCO. If so, they will indicate that in their RFP; however, if not required by them they cannot tell you who may require it.

The question as to where one can purchase these instruments has been raised recently by several bidders who were seeking clarification.