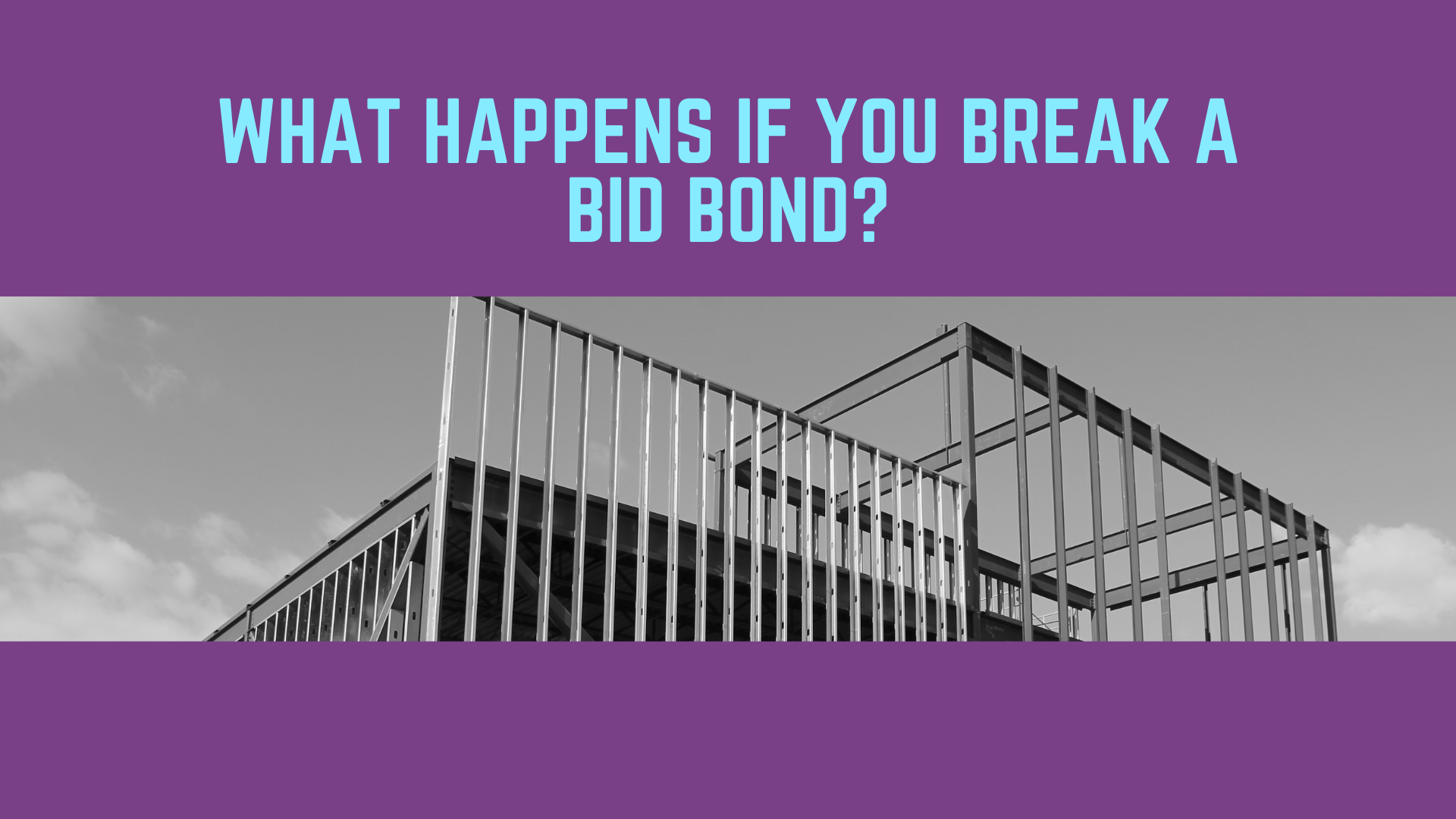 How can I get out of a bid bond?

There are two ways to get out of a bid bond. The first way is by negotiating with the contractor. Any agreement you make should be in writing so both parties know what was expected and agreed upon before anything happens. The second way is through arbitration, such as when there is not any wiggle room in what you are owed and both parties feel the other is at fault. This usually involves a disinterested 3rd party making a decision on how much should be paid out to each party, or if anything should be paid out at all.

Nothing bad will happen if you walk away from a bid bond. In fact, it can lead to a much better contract. Sometimes a contractor will require a bid bond because they are only willing to pay out the full amount of the project if that particular worker is used for all phases of the job. If the worker leaves that could very well leave the contractor vulnerable and potentially underpaid, which can damage their reputation as a whole. In this situation, the worker is actually doing the contractor a favor by preventing them from taking on an underpaid project.

Can a bid bond be canceled?

A bid can be canceled if it has not been accepted by the authority and is invalid.

The Bid bond is a common term used in public bidding for Government projects, where companies or individuals who submitted their offers must deposit money to guarantee that they would fulfill all of their obligations as part of the contract which includes delivering the materials and labor at no extra cost.

The Bid Bond guarantees that the offeror will enter into a contract with the authority if their bid is accepted, and failure to do so will result in them forfeiting the amount of money being deposited. Authority may cancel this bond any time but payment for all works done already are required by them. If authorities have anything against the contractor, they are not allowed to cancel the bid.

What happens if you default on a bid bond?

A bid bond is a form of insurance that organizations take out when they are bidding on large projects. It protects the owner against the contractor defaulting on the contract

If a contractor defaults on a project, the surety will pay the owner all outstanding monies from the bid bond up to the amount of the guarantee. The guarantor can also be sued for double or ‘liquidated’ damages as well as interest on those funds owed by the contractor to help prevent further defaults. In addition, the surety can take legal action against the contractor and possibly make it pay for any outstanding costs or damages.

The owner may also pursue the contractor through litigation. Damage claims such as ‘liquidated’ damages, double damages, and interest can be sought if a contractor does default on a project. The contractor’s primary goal is to avoid this.

When can you release a bid bond?

After a contractor secures a prime contract, it has to announce to the owner that it is “ready, willing, and able” to perform the contract.

Bid bonds are also required of consultants bidding on public contracts. They are used to assure the owner that if they receive a contract, they will not abandon the project before it is completed. Consultants would forfeit their bid bonds if they did not obtain performance and payment bonds for this public work project. The amount of the bond should equal at least 100 percent of the consultant’s estimate for the public contract.

In other states, however, a bid bond may not be required because state law waives this requirement if it would result in no bidder applying for the project. Such a waiver is unlikely to occur if limited funds are available or if a bidding climate exists that discourages bidders from making a bid.

When can an insurance company drop a bid bond?

For the majority of insurance policies, it is standard for an insurer or surety to provide a bid bond. A bid bond protects the bidders by guaranteeing that if they are awarded the contract, they will be able to fund their project. Since its inception, the use of bid bonds has been very common in construction contracts due to their ability to ensure that a contractor is able to fund the project if awarded.

An insurance company may end up dropping the bid bond upon approval of the surety or insurer’s underwriters once they are notified that the bidder is no longer capable of meeting their financial obligations. A dropped bid bond means that any potential work on projects with the bidders has ended.

A surety may decide to drop a bid bond by notifying the bidder that they are no longer able to provide their bid bond, and if the contractor wants to continue their proposal process or receive bids from other underwriters, they must wire collateral funds into the surety’s account until such time as another insurance company agrees to bond the project.