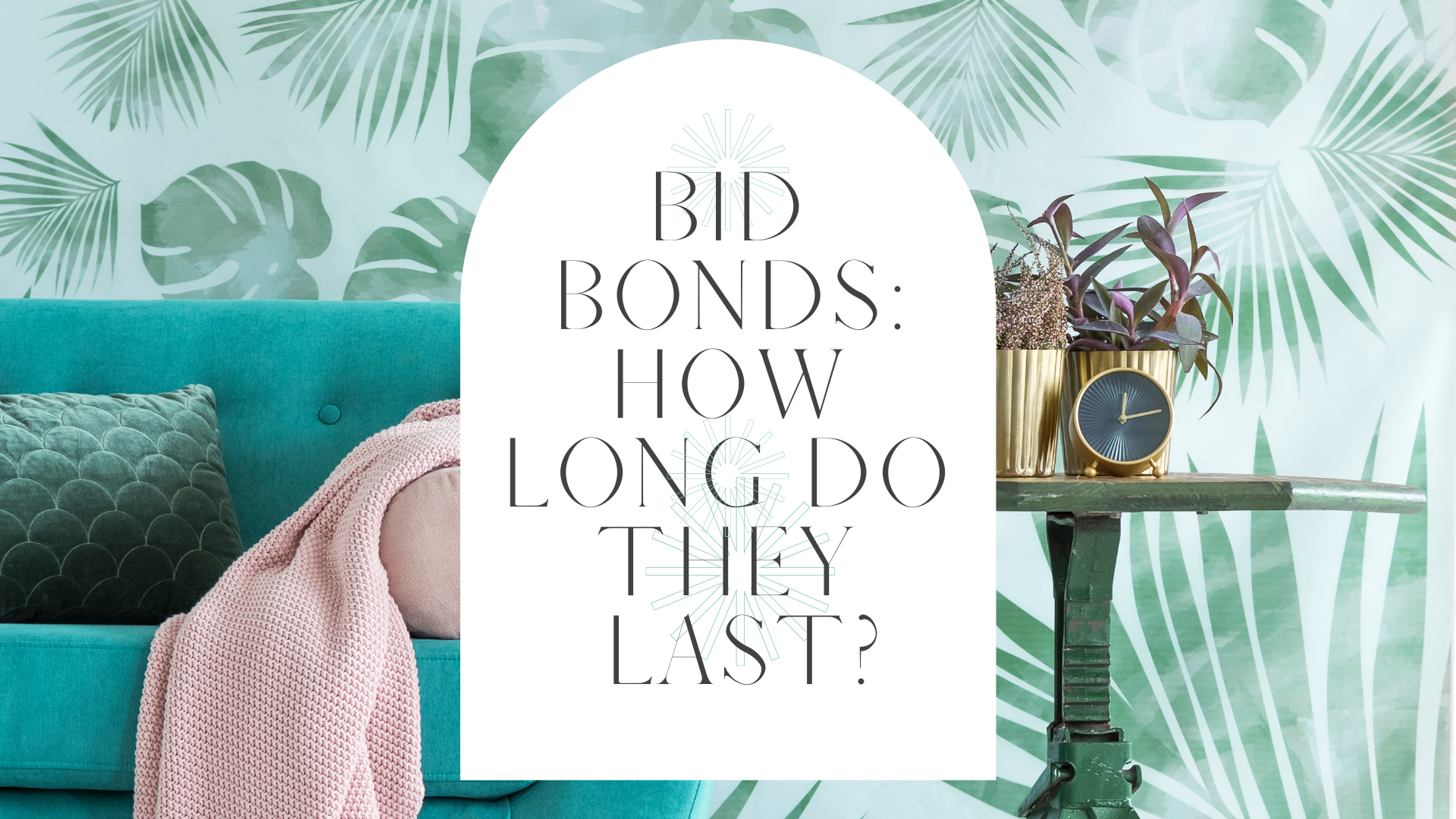 How long does a bid bond last?

A bid bond is a payment and performance bond. A bidder on a public project is normally required to submit both types of bonds with his or her offer in order to satisfy the owner/issuer that the bidder would either perform or make payments if the contract is lost. Contractors aren’t supposed to employ bid bonds during construction; they’re supposed to safeguard the owner.

Because owners/issuers may choose to need varying levels of security for different types of projects, bid bond terms vary. Within a certain time frame following the bid opening, bid bonds must be submitted with the owner/issuer (usually 30 days). If the bidder is successful in getting the project, he will be required to provide a performance bond and/or a payment bond when requested.

Most bid bonds require the surety firm to pay any claims, attorneys’ fees, and court expenses, as well as a penalty of up to 10% of the total amount due for late payment. Even if the penalty surpasses these sums, it is normally paid. A bid bond, on the other hand, is not designed to be an insurance policy. It does not include labor, equipment, or materials costs. If the contractor is held accountable due to poor performance, he must cover his own losses, even if they exceed the bid bond’s entire security requirement.

What is the duration of a bid bond?

A bid bond is typically valid for twelve months from the date of issuance. The goal of a bid bond is to ensure that if a bidder wins, they will complete their side of the contract. As a result, the length should correspond to the time estimated to accomplish the contract’s construction milestones.

A long-form bid bond will usually include the following language:

The principal shall immediately execute the contract documents and all requirements of the Owner on its part to be performed, including but not limited to submitting certified payroll records for each wage period ending within one (1) calendar month; filing any required lien releases; providing performance, labor, and material payment bonds if required by law or contract; and furnishing instruments of payment or performance bonds within ten (10) days after receipt of written notice from the Owner.

Because there are conditions that must be satisfied before the bid bond is delivered to the owner, the twelve-month period given in long-form bids is normally for reference only.

Although the long-form bid bond must be filed with the bid, some owners will not accept a bid bond if it is presented before the contract is awarded or notice of award is received. Some jurisdictions additionally require that the bid bond’s expiration date be no more than 90 days after the bids are submitted. Change orders and the insured’s responsibility to keep up with developments and deadlines may cause some delays and extensions once the contract is granted (although there is usually a duty on the contractor to provide an update). As a result, most bid bonds are anticipated to become effective within 90 days after the issue.

When is it appropriate to need a bid bond?

Contractors are frequently required to deposit a bid bond when construction and remodeling projects begin. What exactly does this imply, and what does it achieve? A bid bond assures that if the contractor wins the work, he will deliver on his promises. The contractor’s bond is issued by the surety firm. If the bidder does not get the job, he is not obligated to pay anything. The contractor that wins the bid is only required to pay a nominal extra to the surety firm that backs the bid bond.

The purpose of the bid bond is to verify that bidders have the resources and cash to finish the contract. If a contractor is unsure about his capacity to do the task, he should not be bidding on it in the first place! He does not have the support of a surety firm if he wins, and he is not compelled to pay if he loses.

There is no legal requirement for a bid bond. It is not required by the lender, the General Contractor (GC), or the Owner, who is frequently unaware that such an instrument exists. If a GC is confident in a bidder’s prior performance, he may be ready to disregard this criterion.

Does a bid bond have an expiration date?

The expiration date of a Bid Bond is determined by the kind of bond and the terms of the bond. The majority of bid bonds expire 30 days after the project is completed. Other forms of bonds will expire while the contractor is still bidding on the deal if they fail to pay any of their subcontractors on time.

One form states that if a contractor fails to pay specific subcontractors within 10 days or 10% of the contract’s value, whichever comes first, the bond will be canceled. Other needs may be requested by the agency, so it’s advisable to check with them.

Some bid bonds are conditional on the owner awarding the contract within a particular time frame after the proposal deadline. As a result, neither the bid security nor the bid bond is forfeited if no contract is granted before the deadline.

Bid bonds normally last for 30 days after the project is completed. Other forms of bid bonds exist, such as those that oblige the contractor to pay specified subcontractors within 10 days or within 10% of the contract’s value, whichever comes first. If this criterion is not reached, the bond will be canceled.

What is the cost of a bid bond?

Construction businesses employ bid bonds to guarantee that they will complete their task. However, for smaller contractors, this might be an issue because bid bond expenses can be larger than the amount of the bid. Before starting a project, companies should know how much a bid bond will cost and what sorts of documentation will be necessary at various stages.

Bid Bonds are used to guarantee that a contractor will complete the task. However, for smaller contractors, this might be an issue because bid bond expenses can be larger than the amount of the bid. Before starting a project, companies should know how much a bid bond will cost and what sorts of documentation will be necessary at various stages.