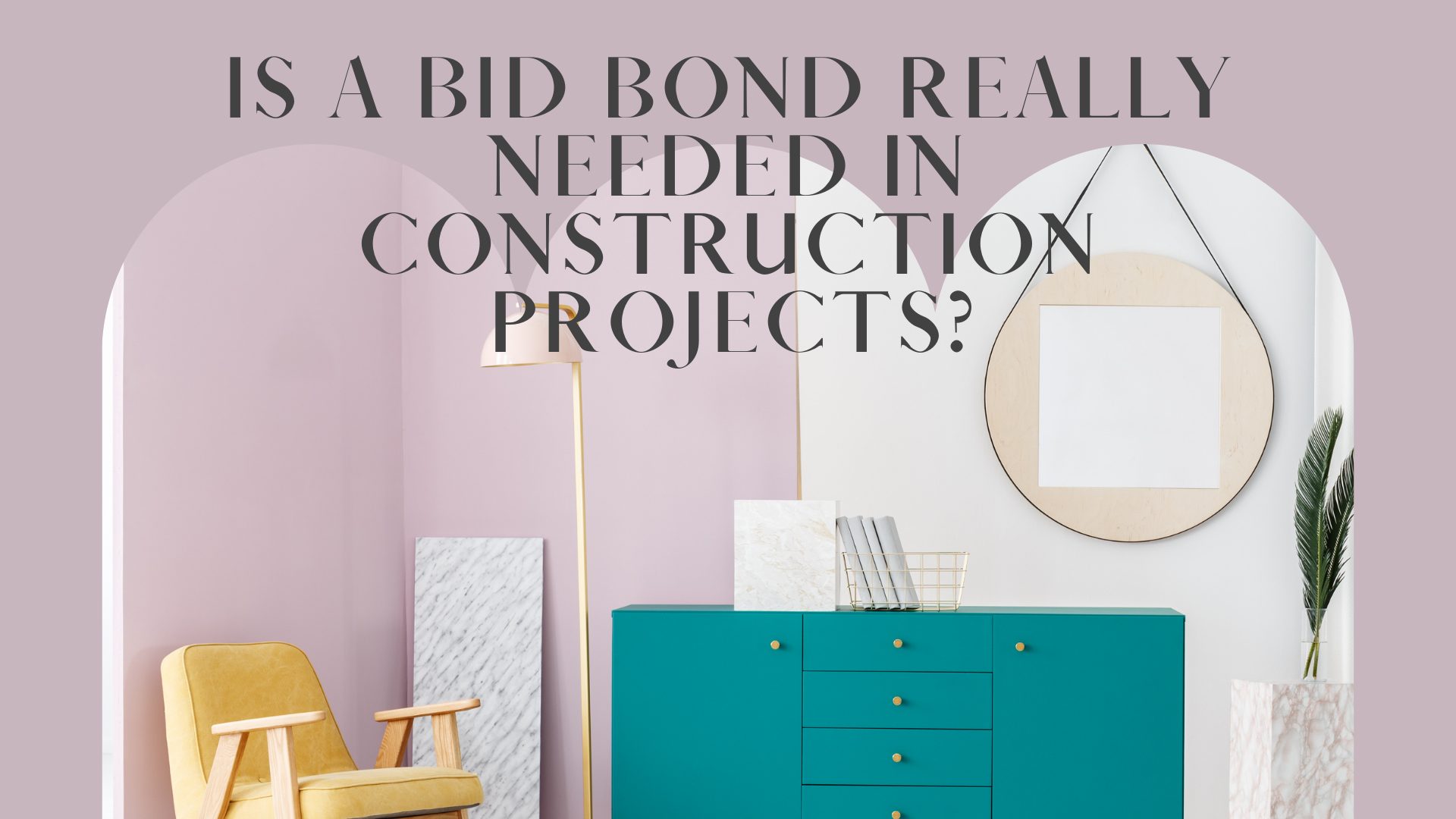 What is a bid bond, exactly?

A bid bond is a sort of performance bond that is needed in the award of some contracts. The bid bond guarantees the government agency, firm, or individual that granted the bidder the contract that if they do not perform as indicated in their proposal and win the contract, they would forfeit their original deposit. This implies that if a contractor is the lowest bidder and does not provide the complete performance needed in the proposal, they will have to lose their bid bond.

Bid bonds are not a one-size-fits-all sort of insurance, and they don’t have a defined price. When it comes to presenting a bid bond with your proposal, each state and kind of project has various requirements. Every firm bidding on a project should consult with a bid bond specialist at an insurance agency to locate the right bid bond for the contract they’re bidding on.

Many various forms of contracts require bid bonds, including but not limited to:

When will I require a bid bond?

A bid bond is a sort of surety bond that ensures a contractor’s bid performance. Contractors frequently bid on a variety of projects and assignments, and not all of them will be awarded. If a person submits a proposal for a project but is unsuccessful, they may be obliged to submit another offer (with the hope of winning).

A bid bond protects the owner or project manager in the event that the contractor that wins does not fulfill their obligations. The bond will enable the owner to submit a claim and recover any losses incurred as a result of the contractor failing to complete their work satisfactorily.

A bid bond ensures that a contractor’s bid for a project will be accepted. As a result, having a valid and enforceable bid bond is normally necessary before a firm can start working on a project or acquire supplies. A business may employ more than one sort of surety bond (e.g., bid bonds and performance bonds).

Although most contractors demand a bid bond for a project, there are times when it is not absolutely essential. A contractor, for example, maybe permitted to work on a task without a bid bond if the contract was won through negotiation rather than a competitive bidding procedure.

When is it appropriate to utilize a bid bond?

Bid bonds are used for a variety of purposes, one of which is to ensure payment for ‘defaulted’ bids. This also decreases the possibility of a lawsuit because bidders are obligated by their offer, even if the pricing or technical specifications are incorrect.

A bid bond is designed to safeguard both your and the owner’s interests by guaranteeing that if you are won the contract, you will deliver a performance bond at a pre-determined period. It doesn’t mean you’ll get the work or that there won’t be a change order that raises the cost.

A bid bond is a sort of assurance that secures your complete and timely completion of a construction project as a bidder. If you win the contract, the bid bond will cover the difference in price between your proposal and the second-lowest bidder’s.

In most cases, you have the option of choosing your own insurance carrier. Certain kinds of insurance, such as surety bonds, function in a different way. Insurance firms that wish to compete for surety bond business must first obtain pre-approval to issue the bond you desire.

What’s the point of a bid bond?

Bid bonds are intended to reassure an owner that a contractor will be available to fulfill their contractual obligations for the duration of the project. A Bid Bond is a type of insurance that assures the owner will collect the full sum of the bid bond, plus the contractor’s low bid if their low bidder fails to complete the project.

If the contractor is awarded the bid, the bid bond ensures that they will engage in a contract with the owner. A bid’s award is also reliant on the submission of adequate proof of insurance.

As a company owner, you should be aware that while most contractors have general liability or business insurance, this coverage is insufficient for work on public projects.

What is the best place to buy a bid bond?

The execution of a bid bond with the authority stated is a required prerequisite of being awarded a building contract. Several bidders have lately inquired about where these instruments may be purchased.

To begin with, the size of the bonds required varies according to the monetary amount of the bid. The criteria are depicted in the diagram below:

The State Construction Office (SCO) stipulates whether a bid bond must be executed with the SCO in addition to the contract’s financial amount. If that’s the case, they’ll say so in their RFP; but, if it’s not, they can’t tell you who may.

Several bidders have lately inquired about where these instruments may be purchased.