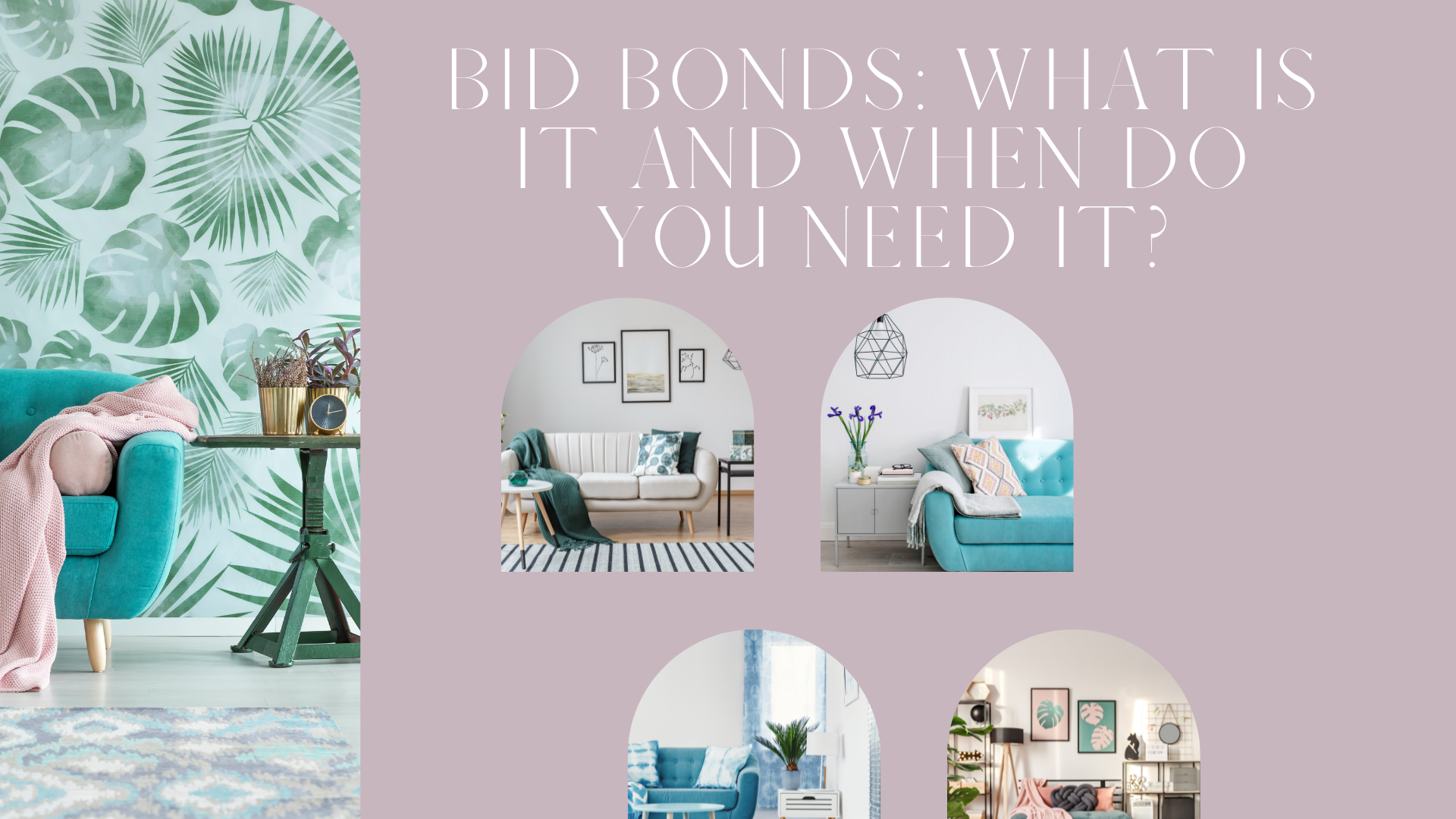 What exactly is a bid bond, and how does it function?

A bid bond is essentially an insurance policy that ensures the bidder will carry out the deal. The bid bond assures that if a bidder fails to secure his bid, he would be held accountable for the whole sum of the bid as a penalty.

Even while bid bonds are not required in all circumstances, they are regarded as an important aspect of many procurement processes by various government bodies. When the US government requests bids for contracts, grants, and cooperation agreements for more than $100,000, bid bonds are used. Bid Bonds are used to demonstrating that a bidder is dedicated to their offer even if they do not win the auction. They also guarantee that winning bidders will complete their contracts in full.

Bid Bonds, in a nutshell, is completed in the issuer’s favor. In other words, it’s an insurance policy that ensures that if a bidder fails to secure his bid, he’ll be forced to pay the whole amount of the bid as a penalty. The Bid Bond amount, for example, might rise after a specified date or at a certain point in time.

What is an example of a bid bond?

A performance bond is an example of a bid bond. It ensures that if the bidder wins the bidding procedure, he would fulfill the contract obligations. When the state, county, or local government issues contracts for construction or other projects, they frequently need this form of bond. Subcontracting bids on federal projects can sometimes include bid bonds, but this is less usual.

The bid bond amount is established at 10% of the total sum that the bidder submits as his bid for the job or project. Before a contract is granted to him, it is usually necessary. For instance, if a person bids $10,000 on a task and utilizes this sort of bond, he must submit a $1,000 bond. Should he be granted the task or project, this bond serves as an insurance policy against contract performance default.

Federal, state, and municipal governments frequently employ bid bonds to assure that bidders will fulfill their contractual responsibilities if they are given a contract. Some corporations, on the other hand, demand contractors bidding on significant projects to provide bid bonds with their offers. When bidding on government contracts, construction companies frequently employ bid bonds. Should the firm be granted the task or project, a bid bond works as an insurance policy against the non-performance of the contract.

Is it possible to get your money back if you buy a bid bond?

Even if they have a bid bond, real estate businesses are not legally bound to return your money. Some agents claim that it is just something they can do on their own since it is profitable.

Although some purchasers believe that a bid bond is a smart idea for protecting their earnest money investment, they will not require one. A bid bond guarantees that if you lose the contract on a property you bid on, the firm that issued the bid bond will refund your deposit.

A liquidated losses clause, which is a term inserted into a legal agreement that makes each party liable for failing to complete their commitment within a specific time limit, is required by law in a real estate deal. If the buyer backs out of the contract and loses their deposit, the legal document must provide a specific sum as compensation. Because of this, agents are protected.

What is a bid bond’s purpose?

The objective of a Bid Bond is to safeguard the government agency’s interests in the event that a contractor fails to complete a contract that the agency has awarded. A Bid Bond must be lodged with the proper government entity within specific time restrictions after being submitted as part of a bid in order to be enforceable.

Bid bonds are used to ensure that if a contractor is given the project as the lowest bidder, they will engage in a contract with the government agency or buying authority. Federal agencies frequently need bid bonds for awarding construction contracts. The bid bond guarantees that the individual, company, corporation, or any combination of them will sign the contract that is granted to them as a consequence of the bid.

If the contract is granted to a different bidder, the bond pays the government the difference between the contractor’s and the other bidder’s bid prices. This guarantees that no public funds are wasted when contracts are awarded.

Bid Bonds are used to ensure that contractors would sign a contract with the government agency or buying authority if they are awarded the work as the lowest bidder. This ensures that no public funds are wasted when contracts are awarded. If the contractor fails to complete the contract, the Bid Bond issuer will be responsible for reimbursing the government for any advance payments or other costs made on the contractor’s behalf.

What is the purpose of a bid bond?

A bid bond is a sort of performance bond that protects the project’s owner against financial losses. If a bidder fails to complete a contract that he won after bidding, he will be required to pay a penalty equal to the value of his bid.

In many states, using a bid bond is required. A contractor may be unable to get a license if he or she does not have a bid bond. Before you can engage in such projects, the government will need you to deposit a specified sum in an escrow account that is equal to your bid.

Some states waive pre-bid and post-bid bonding requirements in numerous instances. Bonds, on the other hand, should not be avoided. Bid bonds are the sole means for the firm to get compensated for its services after the contract is properly completed.

The following are some reasons why a bid bond is necessary: