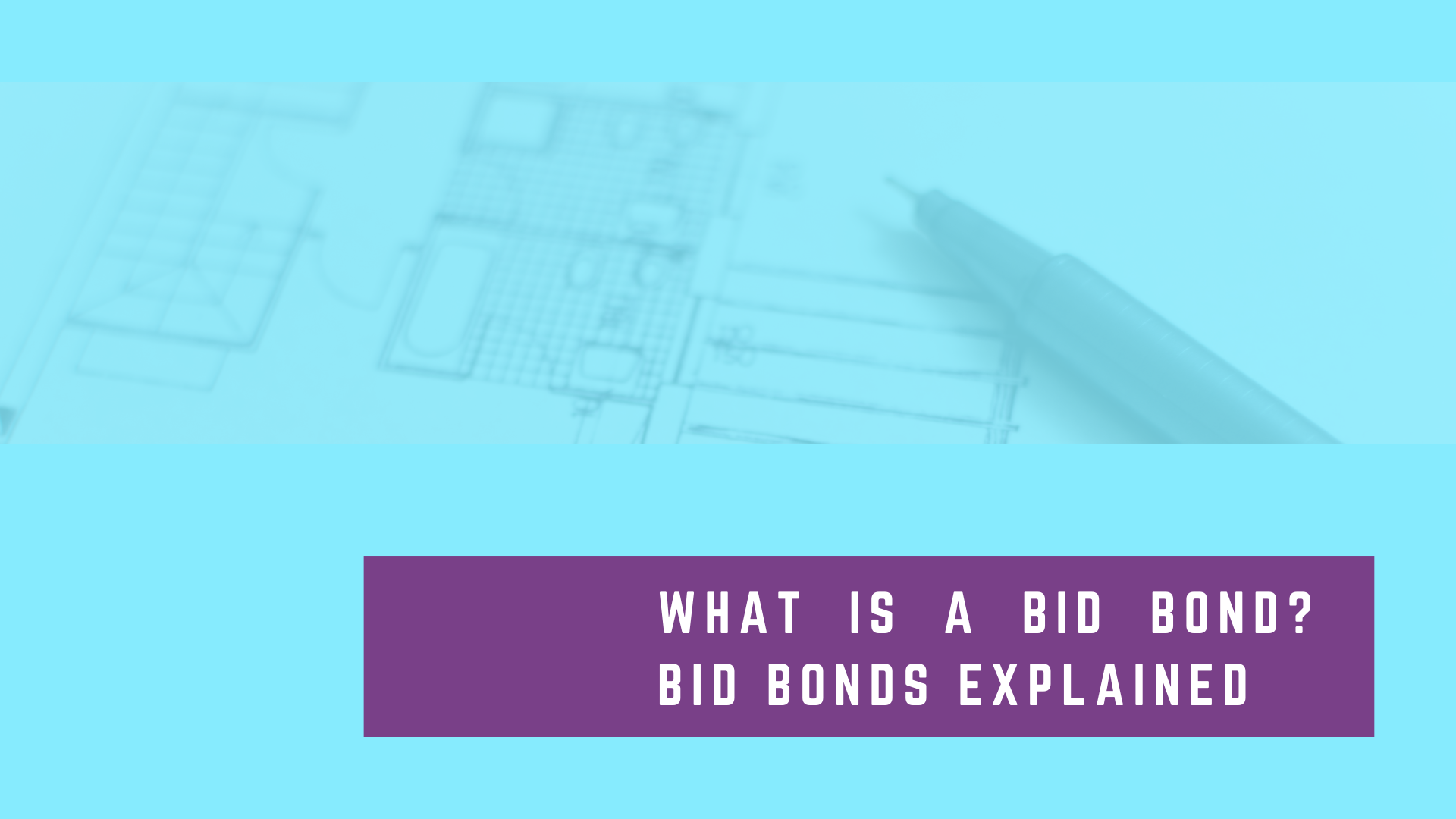 What is a bid bond and how does it work?

A Bid Bond is basically an insurance policy that guarantees that the bidder will execute the contract. The bid bond ensures that even if the bidder fails to secure his bid, he will be liable to pay the bid amount as a penalty.

Bid Bonds are considered an integral part of many procurement processes by various public agencies, even though the use of bid bonds may not be mandatory in all cases. The U.S. Government uses bid bonds when it invites bids for contracts, grants, and cooperative agreements in excess of $100,000. Bid Bonds are used to showing that the bidder is committed to their offer in case they lose the bidding. They also ensure that bidders who win will execute their contracts in full.

In a nutshell, Bid Bonds are executed in favor of the issuer. In other words, it is an insurance policy that guarantees that even if the bidder fails to secure his bid, he will be liable to pay the bid amount as a penalty. For example, the Bid Bond amount might increase after a specific date or at a certain point in time

What is a bid bond example?

A bid bond is an example of a performance bond. It guarantees that the bidder will perform under contract terms should he win the bidding process. This type of bond is commonly required by the state, county, or city governments when they are issuing contracts for construction or other projects. Bid bonds are also used in subcontracting bids being made on federal projects, but this is less common.

The amount of the bid bond is set at 10% of the total amount that the bidder submits as his bid for the work or project. It is typically required before a contract will be awarded to him. For example, if an individual bid $10,000 on a job and he uses this type of bond, he must provide the bond for $1,000. This bond acts as an insurance policy against default on contract performance should he be awarded the work or project.

A bid bond is often used by federal, state, and local governments to ensure bidders will meet their contractual obligations if they are awarded a contract. However, some companies require contractors bidding on large projects to provide bid bonds along with their proposals. Commonly, construction companies will use bid bonds when bidding on government contracts. A bid bond acts as an insurance policy against non-performance of the contract should the company be awarded the work or project.

Do you get your money back from a bid bond?

Real estate companies are not legally obligated to give you back the deposit, even if they have a bid bond. Some agents say that it’s just something that they can do on their own because it’s good business.

Even though some homebuyers think a bid bond is a good idea to protect their earnest money deposit, it’s actually something that they’re not going to need. A bid bond ensures that if you lose the contract on a property you’ve put a bid on, then the company that issued you the bid bond will reimburse your deposit.

The law requires a real estate contract to have a liquidated damages clause, which is a stipulation written into a legal agreement that holds each party accountable for failure to fulfill their obligation within a particular time frame. If the buyer backs out of the deal and forfeits their deposit, then there must be a certain amount included in the legal document. This protects agents because

What’s the purpose of a bid bond?

The purpose of a Bid Bond is to protect the interests of the government agency in the event that the contractor fails to execute a contract awarded by that agency. In order for a Bid Bond to be enforceable, it must have been filed with the appropriate government authority within certain time limits after being submitted as part of a bid.

Bid bonds are used to guarantee that contractors will enter into a contract with the government agency or purchasing authority if they are awarded the job, which is also known as being the low bidder. Bid Bonds are generally required by federal agencies when procuring construction contracts. The bid bond assures that person, firm, corporation or any combination will sign the resulting contract is awarded to them.

If the contract is awarded to another bidder, then the bond pays the government an amount equal to the difference between the contractor’s bid price and that of the other bidder. This ensures that there is no loss on taxpayer money when awarding contracts.

Since Bid Bonds are used to guaranteeing that contractors will sign a contract with the government agency or purchasing authority if they are awarded the job, which is also known as being the low bidder. This assures that there is no loss on taxpayer money when awarding contracts. In the event that the contractor fails to execute the contract, then the Bid Bond issuer will need to reimburse the government for any advance payments or other expenses incurred on behalf of the contractor.

Why would you need a bid bond?

A bid bond is a type of performance bond which helps the owner of the project from any financial loss. In case, the bidder fails to execute his contract, which was won by him after bidding, he will have to pay a certain amount that is equivalent to its bid as a penalty.

The use of a bid bond is compulsory in many states. In the absence of a bid bond, a contractor may not be able to get a license. The government will want you to put a certain amount in the escrow account that is equal to your bid before they will allow you to work on such projects.

In many cases, pre-bid and post-bidding bonding requirements are waived by some states. However, it is not advisable to avoid bonds. Bid bonds are the only way that the company will be able to get paid for their work once they complete their contract successfully.

The following are some points that show why you need a bid bond: