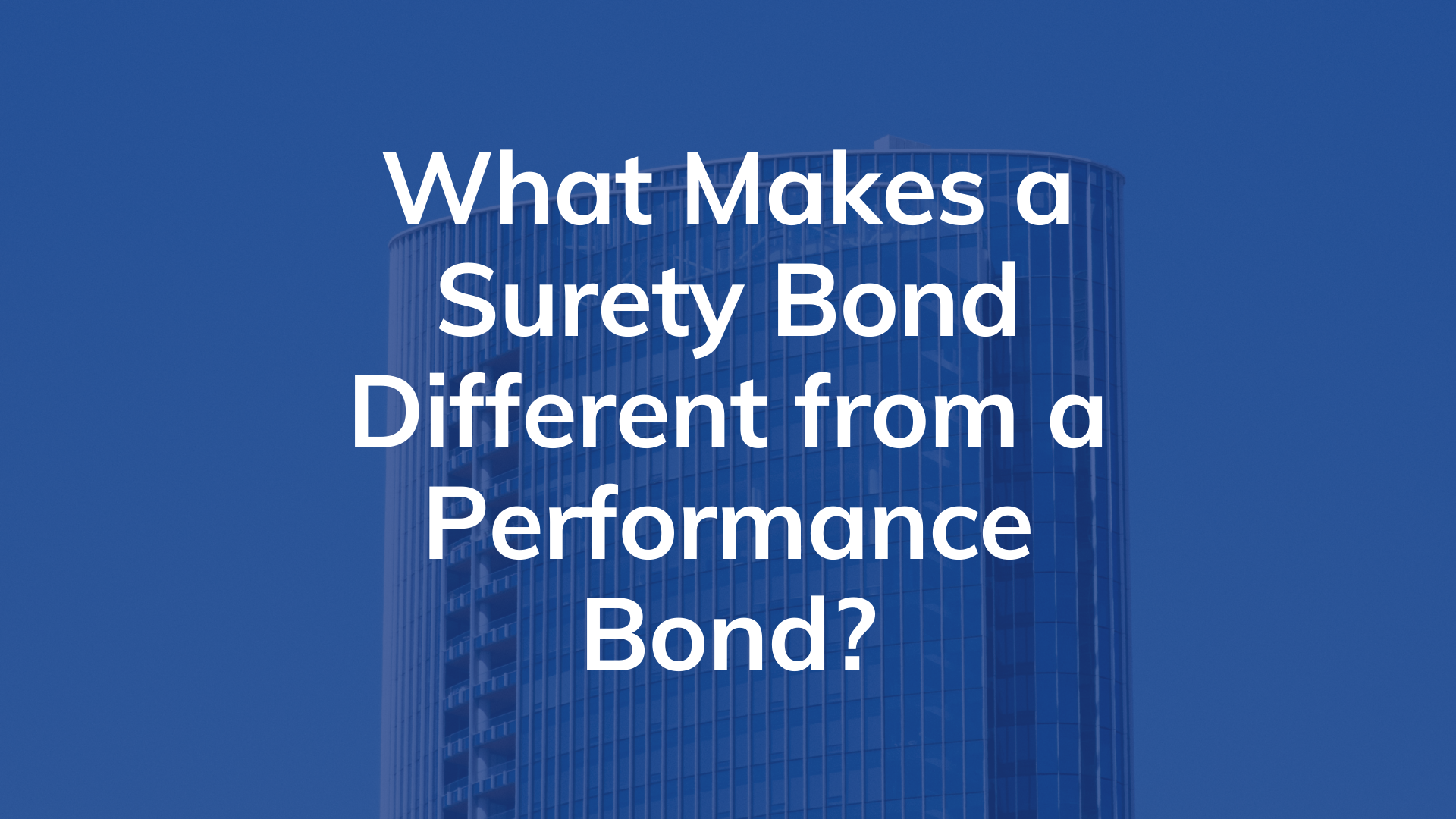 What is the difference between a performance bond and a surety bond?

A performance bond is used to ensure that the project will be completed as planned. A surety bond is something quite different, and its primary purpose is to act as insurance for you or your company. It ensures that if the contractor fails to do what he promised to do, you are protected against loss. It means that whoever has guaranteed his performance under this contract must step forward and honor that guarantee. This usually happens at the time when there’s a default on your part of the contract, or by your failure to pay him according to the terms of his contract with you.

In summary, though all bonds serve to protect the interests of at least one party to a transaction, they do so in different ways: A Performance Bond ensures that the project will be completed by a qualified contractor. A Surety Bond protects you from financial loss should your contractor honor his part of your contract.

What is a surety bond?

A surety bond, in simple terms, is a guarantee that a contractor will perform the work agreed upon in a contract. The bond is an agreement between three parties: the obligee, the principal, and the surety company. The obligee is the party who needs the work done, for example, a municipality or business; the principal is the contractor who agrees to do the work, and the surety company is the guarantor or insurer.

If you’re wondering why anyone would need insurance against a contractor’s failure to do his job, consider this: A contractor may not have enough money to pay for damages if he fails to complete a project. A surety bond guarantees that those costs will be covered.

What is a performance bond?

A performance bond guarantees that a contractor will complete a project. Under this type of guarantee, the owner or designer is protected from financial loss due to a default by the contractor. The owner may file a claim with the surety company to recover any losses if the contractor fails to complete the job as agreed upon in the contract. This includes labor and materials costs as well as damages for delayed completion.

Is a performance bond a surety?

So, what’s the difference?

What is a license bond?

By law, your contractor is required to have certain licenses and permits before beginning work on your project – if he doesn’t possess them and begins work anyway, then you could be held responsible for paying fines or having work stopped by officials until proper permits are obtained. A license bond holds you harmless in this situation.

Why use a surety company instead of an insurance company?

While some general liability policies provide contract performance coverage, many insurance companies won’t provide enough coverage, and the insurance company will attach various conditions and exclusions to your policy. Also, bond claims must usually be made within a year of the date on which they occurred; insurance policies often have different time periods in which claims can be made.