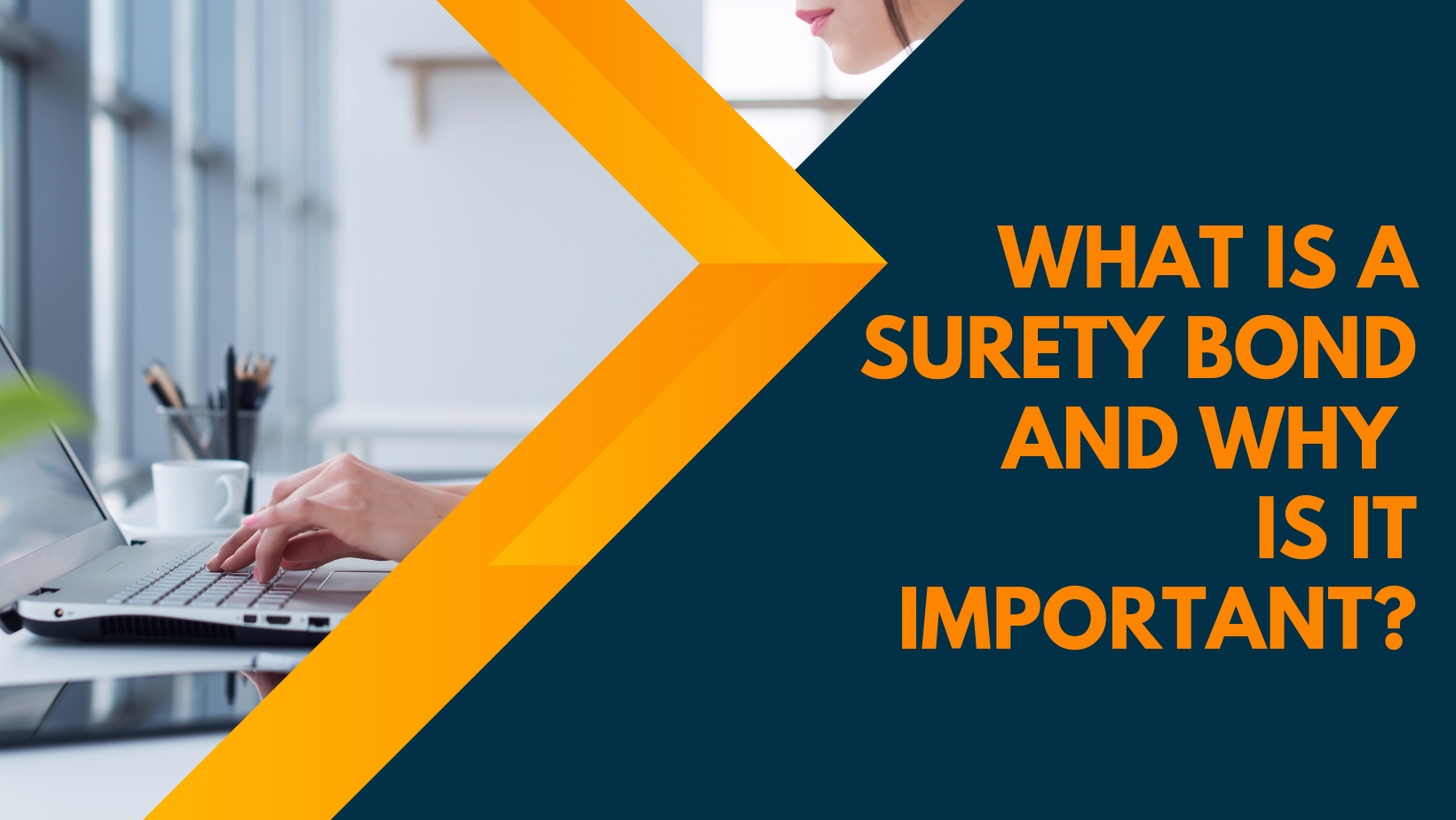 What is the definition of a surety bond?

A surety bond is a financial instrument that enables third parties to accept a certain amount of risk. They are generally necessary for a variety of scenarios, such as when starting a new firm or signing government contracts.

The most popular reason for surety bonds is to start a business, but they can also be used for a variety of other reasons. If you deal with public institutions such as the government or state companies (states, counties, and cities), for example, you may be required to hold one.

These bonds serve to mitigate the risks that both parties to the agreement face: the person who wants to establish their own business and the possible investors who are prepared to lend them money.

Someone must face additional costs as a result of failure to comply with duties set forth in applicable agreements between people involved in this firm in this case.

In a surety bond, who is a principal?

The principal in a surety bond agreement is the individual who undertakes to perform all responsibilities according to the terms of the arrangement. In exchange, he becomes one of the surety bond’s beneficiaries.

Surety Bonds are issued by Surety Bonds firms, which are independent companies that settle claims originating from contract defaults. They might be commercial companies or government-owned corporations. Customers are divided into two categories: principals (those who purchase bonds) and obligees (those who are obligated to acquire bonds) (the ones they issue bonds for). The first individual or corporation who requests is represented by the first.

This means that the surety bond provider is responsible for ensuring that business plans and agreements are carried out properly. The surety bond firm will pay damages if someone fails to meet their duties under the terms of this contract.

In a surety bond, who is the obligee?

The second party in a surety bond is the obligee: the person who requests it and for whom it is provided. Institutions might be public or private. As a result, the surety bond company provides assurances to this individual or organization that someone will perform duties in accordance with certain agreements reached between them.

A surety bond ensures that all parties to a contract or agreement will fulfill their obligations. In the event of any problems (defaults), the beneficiary (that is, the obligee) seeks compensation from Surety Bond Company for losses incurred as a result of breaches of the contracts’ provisions. Surety Bonds Companies are appropriate guarantors of compliance with obligations because of their long-term creditworthiness and financial stability.

Surety bonds are similar to insurance plans in that if someone breaches an agreement, the beneficiary must seek restitution from the Surety Bonds firm for any losses incurred as a result of the breach. This could be a one-time payment or a long-term monthly payment, depending on the extent of the damage.

In a surety bond, who is a surety?

The underwriter, often known as the Surety, is an integral part of the surety bond deal. They are the individuals who ensure that the commitments stipulated in applicable agreements are met. Payment amounts and terms vary depending on the number and nature of risks involved, as well as the precise terms of each protection contract.

Surety businesses provide bonds for a variety of purposes, including launching a business, opening a bank account, and signing contracts with government bodies, as previously indicated. There are a variety of other instances in which these bonds may be required; it is up to you to decide what type of business you want to launch; the only thing to keep in mind is that you will require financial assurances from possible investors.

What is the procedure’s mechanism?

Assume you want to create a car dealership. You are willing to put all of your available finances into this venture, although you may have difficulty fulfilling certain contract responsibilities. That is why you need surety bonds to protect your assets if someone fails to execute their portion of the contract’s responsibilities in accordance with the contract’s conditions.

Surety bonds ensure that the parties to a contract or agreement will fulfill their obligations. If someone violates the terms of applicable agreements, they must seek compensation for losses caused by default from the Surety Bond Company, which guarantees the fulfillment of these agreements’ responsibilities.

Surety Bonds firms’ long-term credibility and financial stability make them suitable guarantors of compliance with obligations, particularly when it comes to founding a business or signing contracts with government bodies.

Surety Bonds are comparable to insurance plans in that if someone violates the terms of a relevant agreement, they must seek compensation from the Surety Bonds Company for the damages caused by their failure. This could be a one-time payment or a series of monthly payments, depending on the extent of the damage.

Furthermore, because these bonds are less expensive than traditional insurance policies, they are cost-effective as well as a simple and useful solution for businesses.

What type of assurances are you looking for?

Surety bonds are the greatest solution if you want to put all of those funds into your firm while still using those expenditures as operating expenses in case something goes wrong with your responsibilities. In fact, certain circumstances may necessitate surety bonds; for example, if you want to open a bank account or sign a government contract, you’ll need financial assurances from potential investors.

In the event of a problem, the beneficiary seeks compensation from the Surety Bond Company for losses incurred as a result of breaches of the obligations mentioned in the applicable contracts. Payment amounts and terms vary depending on the number and nature of risks involved, as well as the precise terms of each protection contract.

Surety Bonds Companies’ long-term credibility and financial stability make them suitable guarantors of obligation compliance, making them analogous to insurance policies. Surety bonds, on the other hand, simply guarantee performance duties, whereas insurance companies protect against a variety of calamities such as fire, accident, natural disaster, and so on, which is one of the reasons they are less expensive than actual insurance policies.