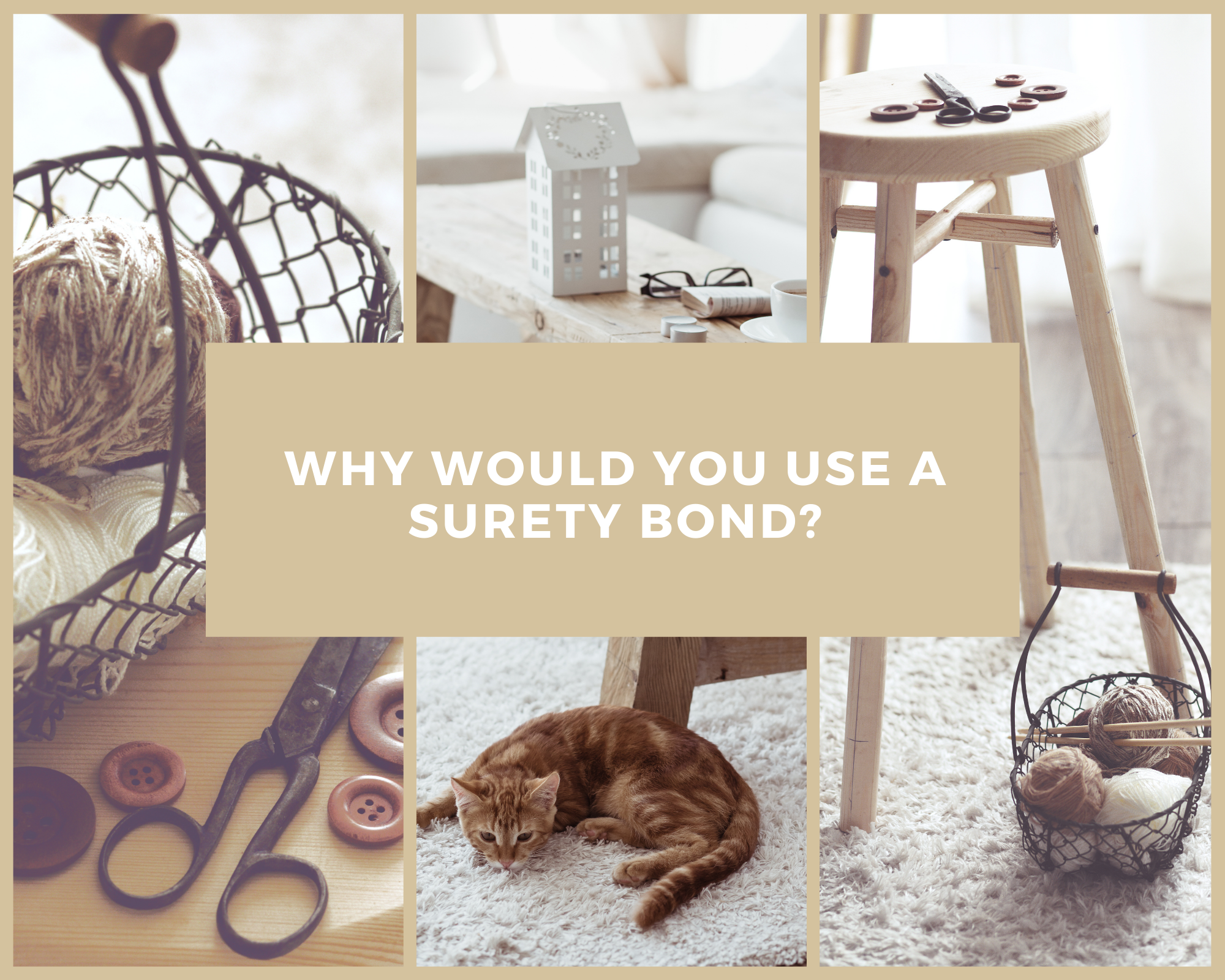 Why would you use a surety bond?

Public works construction contracts are among the most challenging business endeavors that an owner faces each year. Many times, these projects involve very high dollar amounts, some in excess of millions of dollars. Such a large dollar value requires certain guarantees before work begins on the project. A common requirement for guaranteeing this performance is through the use of a surety bond which can be purchased from any bonding company licensed to write this type of bond in your state.

Surety bonds are not only used in the public works arena. They are also frequently used to guarantee that someone will faithfully perform their contracted obligations. For example, there is no limit to how many times an architect or construction manager can use a bonding company to obtain various surety bonds for different projects.

Surety bonds are also commonly used when two companies wish to cooperate on joint endeavors while limiting their exposure if one of them fails financially while performing the joint contract. Here again, the use of a surety bond will act as insurance against just such defaults and ensure that the other party will be fully protected financially should something go wrong with the project.

Who benefits from a surety bond?

Simply put, almost everyone benefits from a surety bond. The owner receives the benefit of being able to contract with contractors who have been considered financially responsible by a bonding company and thus have had their creditworthiness evaluated prior to being approved for a certain dollar amount of bonding capacity. This provides some protection against unexpected financial problems that might hinder a contractor’s ability to complete the project on time and within budget as promised during negotiations.

Contractors can also obtain surety bonds which provide them with further protections if they are forced out of business after completing an assigned part of the project or suffer some unforeseen casualty causing money to be unavailable for continued work on the project. A contractor can lose his equipment in a fire, suffer bankruptcy due to an unanticipated lawsuit, or basically any number of unforeseen factors which prevent him from completing the project.

When a contractor obtains a surety bond, the bonding company is obligated to pay his subcontractors and suppliers in full for all labor and material that they provide on the job, even though the original contractor has failed financially and is no longer able to do so. This helps ensure that labor and material can be paid as promised which encourages more subcontractors and suppliers to bid on work where such surety bonds are being used because those same subcontractors know that payments will likely be made on schedule. In turn, this provides greater competition among companies who wish to obtain these federal projects as opposed to those available only if the owner pays cash upfront on a lump sum.

What is a surety bond used for?

Many people wrongly use the word ‘surety’ as a synonym for guarantee. In fact, a surety bond does not guarantee anything. It simply guarantees that if a contractor cannot provide proof of insurance covering his employees working on the project, the bonding company will do so for him up to a predetermined limit until he can obtain such proof from his own insurance carrier.

If he is unable to produce this proof within 60 days, then the bonding company pays all benefits which would have been provided by the contractor’s worker’s compensation policy back to the effective date of loss.

At this point, it should be apparent why subcontractors and suppliers are especially fond of contractors who possess these surety bonds; because they know that they will get paid without having to wait the 60 days it would take for the contractor to obtain his own policy.

What is a surety bond and how does it work?

Surety Bonds are also commonly used when two companies wish to cooperate on joint endeavors while limiting their exposure if one of them fails financially while performing the joint contract. Here again, the use of a surety bond will act as insurance against just such defaults and ensure that the other party will be fully protected financially should something go wrong with the project.

A surety bond is usually composed of three components: 1) The principal, which is the entity bonded or obligated; 2) The obligee or beneficiary, which receives the benefit of the bond; 3) The surety company itself, which guarantees payment in case of default by either principal or guarantor.

These bonds work somewhat like warranties and guarantors – they all promise to pay the obligee if the principal fails to fulfill his contractual obligations. However, unlike warranties or guarantors who are obligated to pay for defective or failing work, the only obligation of a surety is to see that its principal does not fail financially while performing his duties under the bond. This way, it’s less likely that either party will default on their side of the bargain and cause potential claims or lawsuits.

Is a surety bond the same as a performance bond?

In short, no. A performance bond guarantees that a principal can provide the contracted goods or services as promised. A surety bond only guarantees that the principal will not become financially insolvent before fulfilling his part of the contract. When a principal obtains a performance bond, he is required to place funds in an escrow account which is then subject to the claims of his subcontractors and suppliers for materials or labor provided.

A surety bond is also different from general contract bonds, which guarantee that all parties comply with state and federal requirements concerning licensing, bonding, permits, and taxation. Getting bonded means that you are insuring your company against a loss by providing proof of financial responsibility; getting bonded only protects the public if their principal is unable to fulfill his contractual obligations. So when someone says “my contractor was bonded”, they most likely mean he had obtained both types of bonds (a performance bond as well as a surety bond) which will protect both him and anyone who chooses to deal with him.

Getting bonded is simply a matter of applying for the necessary bond(s) and submitting the requisite information about your business, including financial statements. Should you be required to submit this documentation? It depends on the type of bond you’re looking for as well as who will ultimately benefit from its issuance. For example, workers’ compensation bonds are mandated by law in most states; however commercial general liability (CGL) insurance is not.