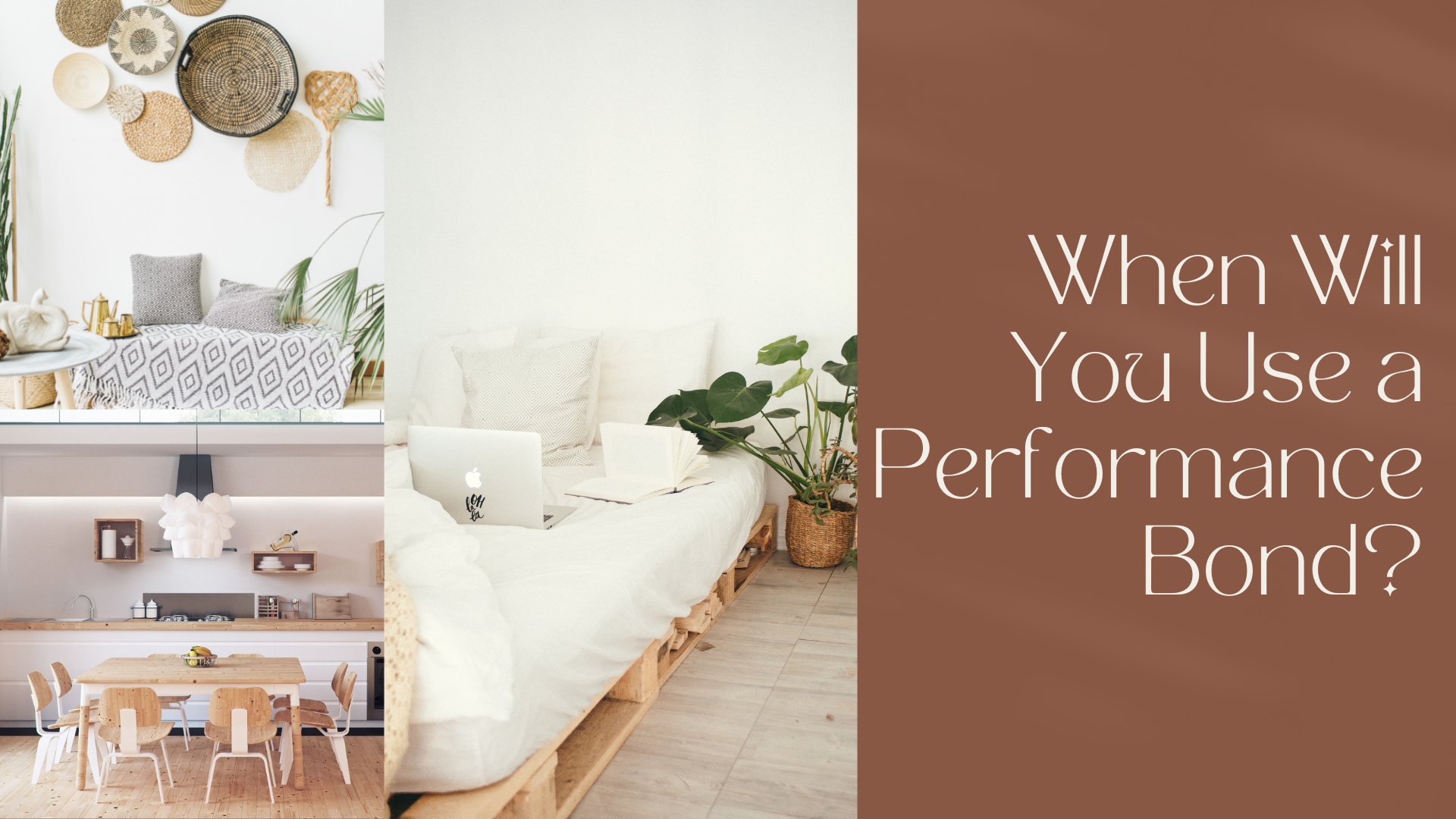 When is a performance bond used?

This is one of those insurance policies that lingers in the back of our minds as something we hope never to use.

A performance bond is a contract between two parties, usually buyer and seller. One party hires another party for some type of job or service then requires that the work be guaranteed with a performance bond before starting any work.

The second party then promises to complete the job and indemnify the first party against loss if they fail. If there is a breach of contract, it’s up to the guarantor (the second party) to compensate for any losses incurred by the buyer.

What types of jobs or services require performance bonds?

Usually something very large with high stakes that are totally out of proportion to the cost of the bond. These are usually projects that are very difficult or impossible to complete without a guarantee, such as bridge construction projects, stadium construction jobs, large buildings under construction, and dams. Other possibilities are demolition projects, high-density highway work, and hazardous waste remediation.

One example is when the city of Niagara Falls (NY) tried to hire a developer to build condos on the American side of the falls after Canadian Hydro was forced to stop its flow of water over the falls that it had been using for power generation. A bond had to be posted with the city before work could begin. At a minimum, you would see a performance bond come into play for any project that was extraordinarily difficult and had a big price tag, such as a nuclear power plant.

The amount of the bond is determined by estimating how much it would cost to complete the project if something were to go wrong while under construction or completion. On some jobs, not all bonds are equal in value – many may only cover up to 50% of the total cost of the job, but some can get very expensive if they must guarantee 100% completion of an extremely costly endeavor.

Typically it’s the buyer who requires them from sellers and not vice-versa. The buyer is concerned that if something does go wrong, they will never see their money again. They want to be assured of getting all the work done and on time with no excuses for failing or any attempts at dragging out the job by giving them a guarantee in the form of a performance bond.

One such example would be when we’re not sure if we can actually complete our part accurately and on time – only then would we require bonds from others who might contract us to complete portions of their projects.

What is a performance bond for?

They are supposed to be just that, a bond. When someone takes out a performance bond they are saying that if we do not complete the project according to specifications and on time, we will get your money back. We’re guaranteeing our own work with this bond – it is essentially an insurance policy for the buyer – in case something goes wrong or we fail.

These bonds can be extremely expensive; therefore, they act as protection for contractors because of their high costs. It would also act as an incentive for us to make sure everything gets done right since there are some pretty high stakes involved.

What happens if the contractor does not finish on time?

If the contractor fails to meet his obligations under the terms of his contract then he might be in breach and become liable for any loss or damage. It’s possible that he could also face legal charges and sanctions for his failure to finish the work, such as fines or imprisonment.

The contractor should make sure the dates are removed from the contract, along with all conditions of the job. This would be a good idea just so there is no confusion about when everything needs to take place.

It’s probably best not to put anything critical into writing unless both sides agree on how it will be handled – then everyone will know where they stand without questions or worry about getting into trouble over an unresolved issue. Put everything in writing and abide by it…just so you don’t have to worry about it later – there are always questions, so have something in writing that addresses what is needed.

Can contractors use them when doing large projects?

Anyone involved with a job could require a bond from others if necessary, even when it isn’t customary to do so. You can never be too prepared, especially in business where unforeseen circumstances are common and plans may need to quickly change. It’s always a good idea to have your bases covered, or at least know you’ll be taken care of if anything goes wrong.

The only thing is that the lender has to make sure he is getting back whatever money he loaned on the bond before issuing it. The last thing they want is being stuck paying out of their own pocket just because the borrower couldn’t finish the job and get paid for it after all of his hard work.

So long as there are no problems with repayment then a performance bond should be issued without a problem – just so everyone knows who does what and when without any surprises either way.