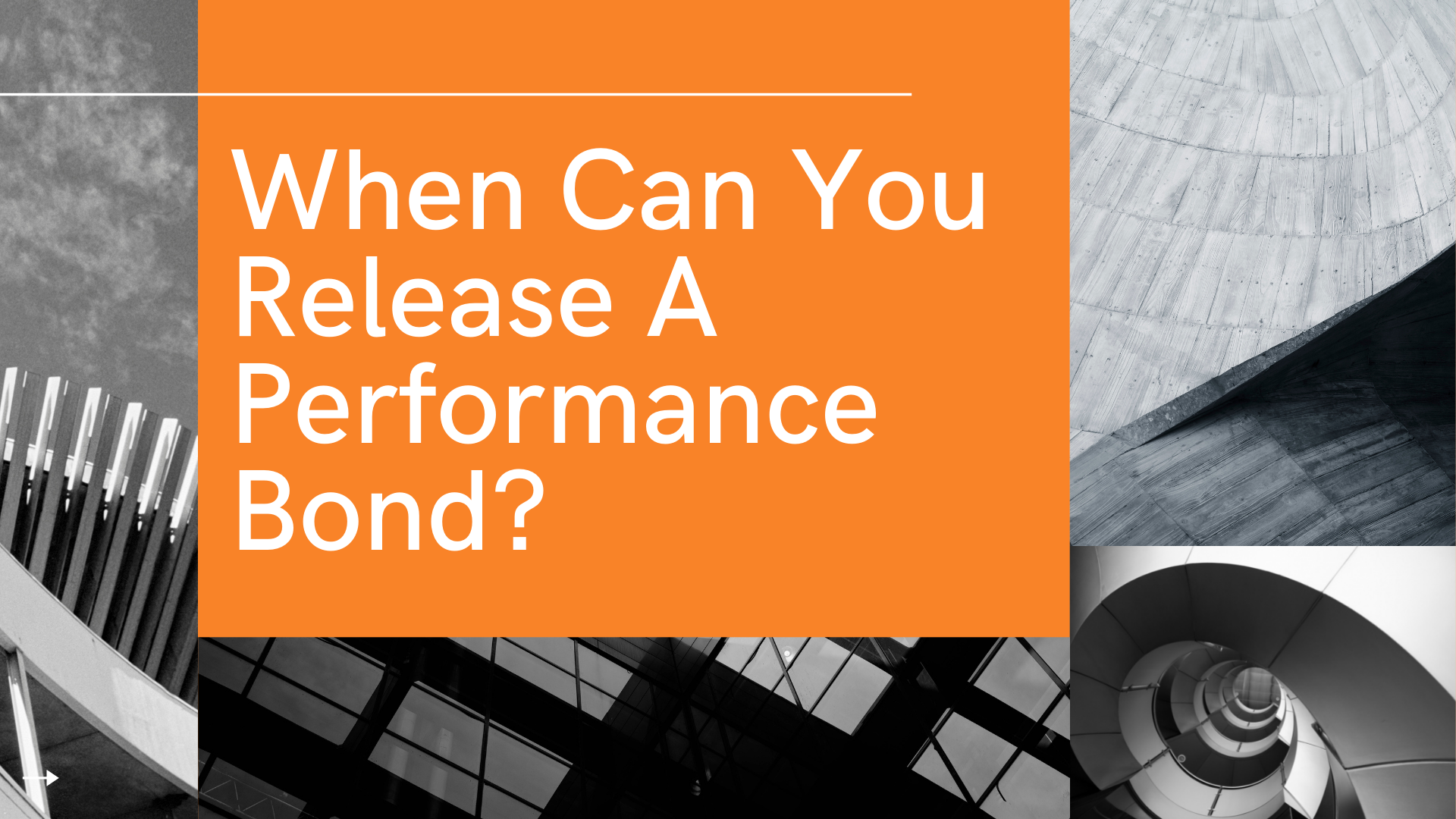 When should a performance bond be released?

This is a question that often arises when a contractor or other individual has been hired to complete a project. The answer, of course, depends on the specifics of the situation. However, there are some general guidelines that can be followed in order to make an informed decision.

One factor to consider is the completion of the project. The bond should be released once the project is finished and all contractual obligations have been met. This includes any final inspections or tests that may be required.

Another thing to keep in mind is whether or not the project was completed on schedule and within budget. If it was not, then the bond release may be delayed until the issues have been resolved. It is important to note that this does not necessarily mean that the contractor is at fault. There may have been unforeseen delays or costs that arose during the course of the project.

In some cases, the release of the bond may be conditional upon the receipt of a lien release from all subcontractors and suppliers. This is to ensure that everyone who is owed money has been paid in full.

Finally, the party requesting the bond release must provide any necessary documentation to support their claim. This could include invoices, receipts, or photographs of the completed project.

How do you release a performance bond?

The process for releasing a performance bond can vary depending on the situation. However, in most cases, the request must be made in writing. It is also advisable to include any supporting documentation that is available.

The party requesting the bond release should also provide their contact information, as well as that of the bonding company.

Once the request has been received, the bonding company will review it and make a determination. They may need to contact the contractor or other individuals involved in order to get more information.

If everything checks out, then the bond will be released. However, if there are any unresolved issues, then the process may take longer. In some cases, the bonding company may even pursue legal action against the contractor if they feel that the bond was released prematurely.

When can a performance bond be called?

A performance bond can be called in a number of different situations. This could include if the contractor fails to meet their contractual obligations, or if there is a problem with the project that needs to be fixed.

The bonding company may also choose to call the bond if the contractor does not pay their subcontractors or suppliers. Finally, the bond can be used to cover any damages that may be caused by the contractor.

It is important to note that the bonding company does not have to wait until after the project is completed to call the bond. They may do so at any time during the course of the project.

As a result, it is important for all parties involved to stay in communication with one another and resolve any issues as quickly as possible. This will help to avoid any costly delays or problems down the road.

How long does a performance bond last?

A performance bond will last for a specific amount of time, which is set out in the contract. This will be until the project is completed or until all of the terms have been fulfilled.

The contractor can request that the bond be released prior to this, provided they complete all necessary information and documentation. However, it is important to note that if something goes wrong during the course of the project, then there may be additional paperwork required before release.

It should also be noted that some bonds are only made valid by default when they expire after a certain period of time. In these cases, there is no reason why anyone would deny their validity.

What happens if you call a performance bond?

When calling a performance bond, the bonding company essentially becomes the creditor. This means they have a number of different legal options at their disposal in order to get what they are owed.

These could include filing a lawsuit against the contractor or pursuing other legal remedies. The bonding company may also choose to terminate the contract, which would then allow them to pursue damages from the contractor.

It is important to note that calling a bond does not mean that the contractor has done anything wrong. There may have been unforeseen delays or costs that arose during the course of the project. However, if the bonding company feels that the release of the bond was premature, then they may pursue legal action against the party responsible.

How many percent is the performance bond?

The amount of a performance bond will be determined by a number of factors, including the type and amount of work being done. They may also depend on any unusual risks or circumstances that are present in that specific contract.

This is not always the case though as many companies require bonds in excess of 20% to ensure that they get their money back if there are any issues.