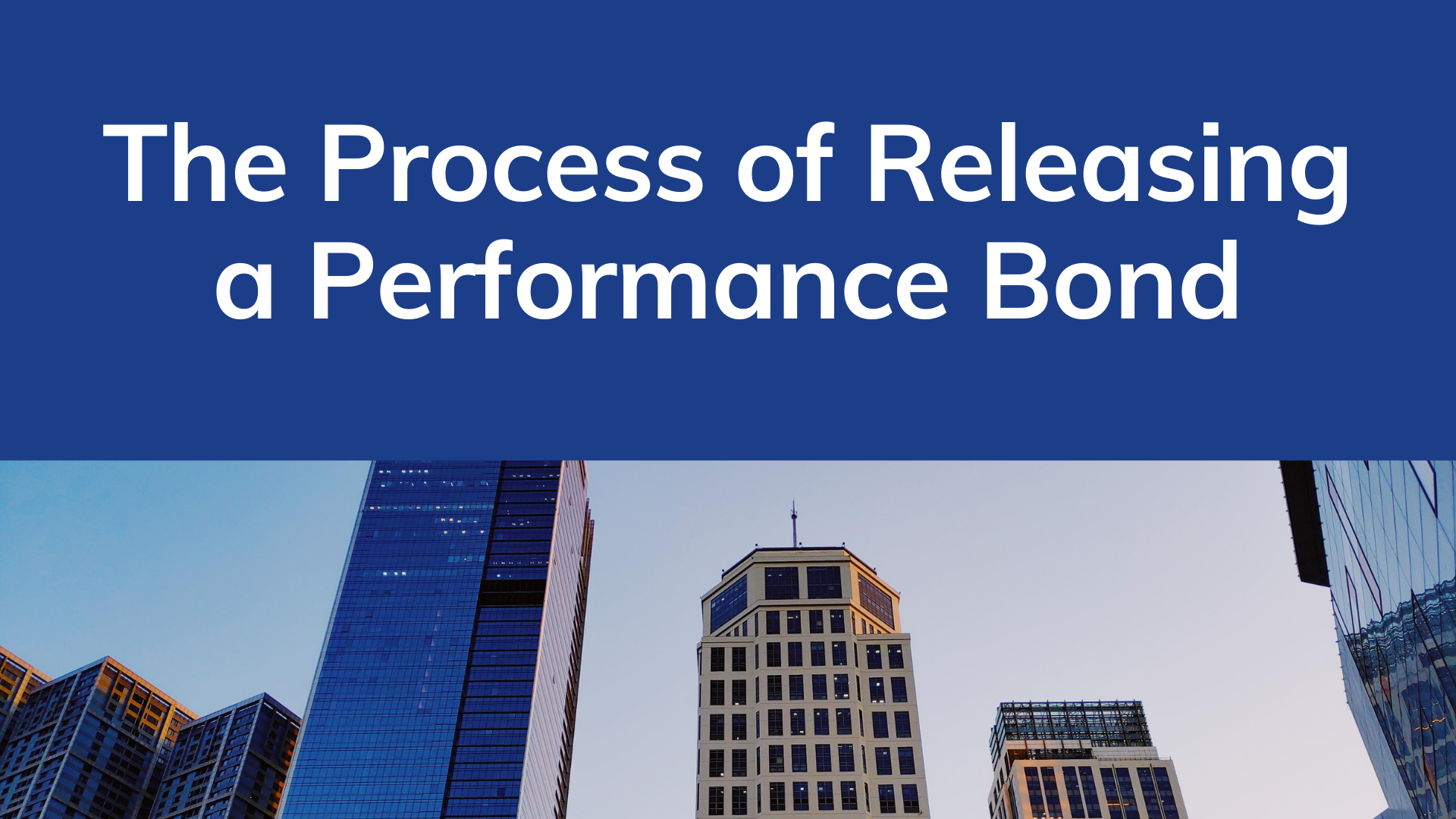 When is it appropriate to release a performance bond?

When a contractor or other individual is hired to perform a project, this is a common inquiry. Of course, the answer is contingent on the circumstances. However, in order to make an informed decision, some broad recommendations can be followed.

The project’s completion is one issue to consider. Once the project is completed and all contractual responsibilities have been met, the bond should be released. Any final inspections or testing that may be required are included in this.

Another factor to consider is whether or not the project was completed on time and on budget. If it wasn’t, the bond release could be postponed until the problems are rectified. It’s worth noting that this doesn’t always imply that the contractor is to blame. During the course of the project, there may have been unanticipated delays or expenditures.

The bond may be released conditionally on the receipt of a lien release from all subcontractors and suppliers in specific situations. This is to ensure that everyone who owes money has received the complete payment.

Finally, the party requesting the bond release must offer any proof necessary to back up their allegation. Invoices, receipts, or images of the completed project could be included.

How can you get a performance bond released?

Depending on the circumstances, the method for releasing a performance bond may differ. In most circumstances, however, the request must be submitted in writing. It’s also a good idea to incorporate any applicable supporting material.

The person requesting the bond release should include their contact information as well as the bonding companies.

The bonding business will analyze the request and make a decision after it has been received. In order to obtain more information, they may need to contact the contractor or another party involved.

The bond will be released if everything checks up. However, if any issues remain unsolved, the process may take longer. If the bonding business believes the bond was released early, they may seek legal action against the contractor.

When is it appropriate to use a performance bond?

A performance bond can be used in a variety of circumstances. This could happen if the contractor fails to satisfy their contractual duties or if the project has a flaw that needs to be addressed.

If the contractor fails to pay their subcontractors or suppliers, the bonding business may choose to call the bond. Finally, the bond can be utilized to compensate for any damages that the contractor may create.

It’s worth noting that the bonding business doesn’t have to wait until the project is finished before calling the bond. They are free to do so at any point during the project.

As a result, it is critical for all parties involved to maintain open lines of communication and handle any difficulties as promptly as feasible. This will help to avoid any future costly delays or complications.

What is the duration of a performance bond?

A performance bond is for a fixed period of time that is specified in the contract. This will continue until the project is finished or all of the terms have been met.

The contractor can ask for the bond to be released sooner if they provide all the required information and documentation. It is important to note, however, that if something goes wrong during the project, additional paperwork may be required before it can be released.

It’s also worth noting that some bonds are only valid by default if they expire after a particular amount of time has passed. There is no reason to doubt their veracity in these situations.

What happens if a performance bond is called?

When a performance bond is called, the bonding company takes on the role of the creditor. This means they have a variety of legal alternatives available to them in order to recover what they are due.

It’s crucial to understand that requesting a bond does not imply that the contractor has committed any wrongdoing. During the course of the project, there may have been unanticipated delays or expenditures. If the bonding business believes the bond was released prematurely, they may seek legal action against the accountable person.

What is the performance bond’s percentage?

The amount of a performance bond is decided by a variety of factors, including the nature and scope of work to be completed. They could also be influenced by any exceptional risks or situations contained in the contract.

This is not always the case, as many corporations want bonds with a minimum of 20% to ensure that their money is returned in the event of a problem.