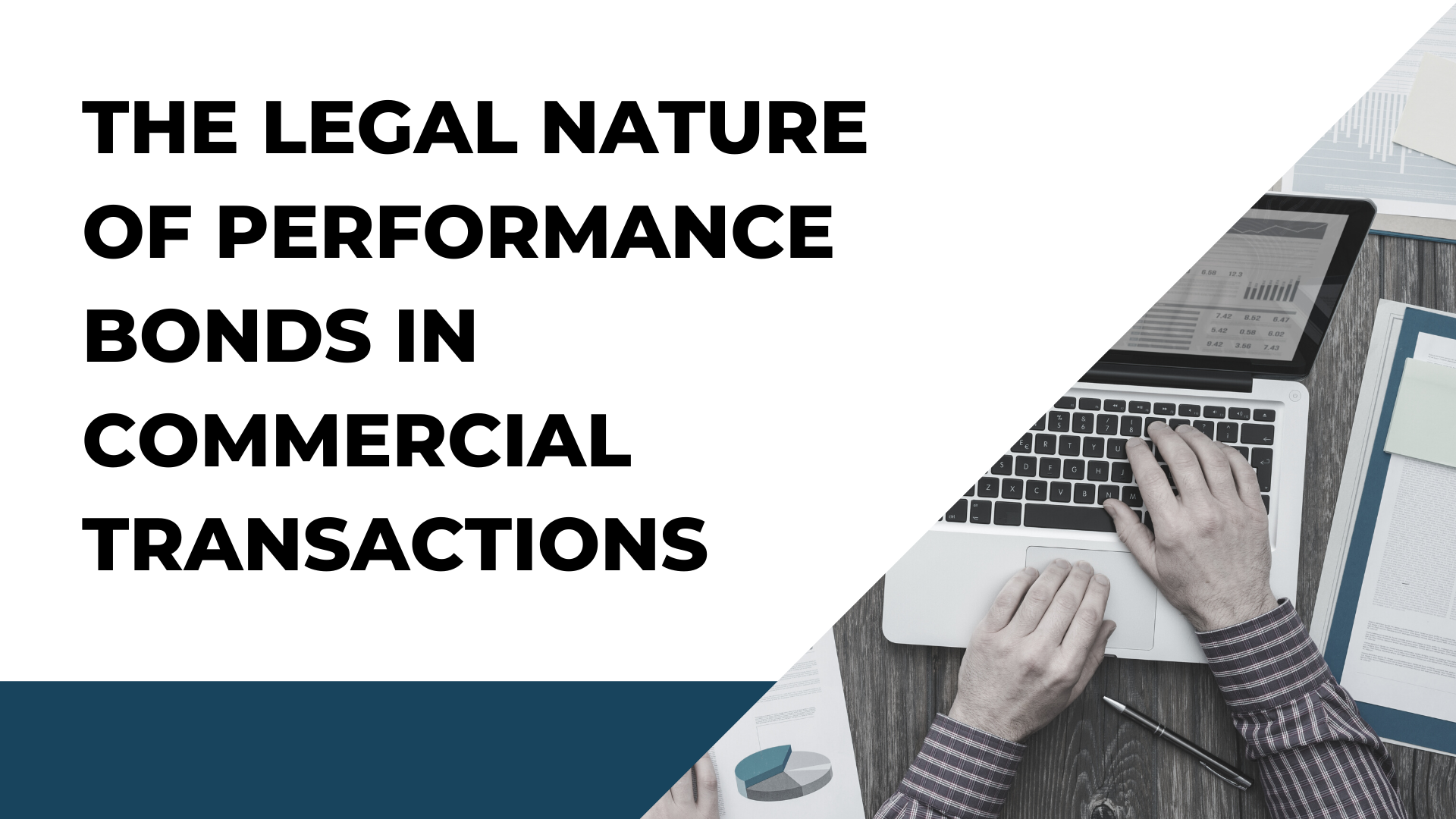 What is the purpose of a performance bond?

A performance bond is a financial instrument issued by an insurance company to protect the builder and owner in case of default. It ensures that, should the contractor fail to complete their work within the specified time frame and perform all contracted tasks, the insurance company will make up for any cost overruns or delays.

Performance bonds are often seen as an essential financial protection for the most common construction projects. They are also called bid bonds, contract bonds, or sub-trade performance guarantees.

Bonds are part of most contracts related to construction projects, especially when works exceed a certain value/cost threshold. A company is obliged to provide a bond in order to protect its interests by securing the performance of obligations undertaken towards third parties (i.e., Contractors’ payment arrangements).

As well as indemnifying against losses incurred due to failure on part of Contractor(s) to adhere to obligations under such agreements, the performance bond also ensures that subcontractors will receive the amounts they are entitled to. Performance bonds are considered an essential requirement for construction projects, especially if works exceed a certain value/cost threshold.

What is a performance bond in commercial law?

A performance bond is a contract between two parties where one party, known as the promisor, agrees to give the other party, the obligee, some sort of compensation if they fail to comply with their contractual obligations.

It is an indemnity that aims to cover any possible loss suffered by the obligee because of the non-performance or improper performance of a certain act. Performance bonds are often required when contracting with government agencies or large corporations which have specifications for their projects that require strict adherence without allowance for error or delay.

Performance bonds are most commonly employed in construction contracts and underwriting arrangements provided by insurance companies. For example, contractors working on buildings owned by local governments may be asked to provide a performance bond guaranteeing they will finish work and will pay for any damage they cause. Meanwhile, insurance companies providing hazard coverage to the same property owner may also require a performance bond to cover their potential losses should work be completed improperly or late.

Who is protected by a performance bond?

The beneficiaries of a performance bond are the persons who may be entitled to performance under the contract.

Generally, it is the principal or his representative but certain rules prescribe that other persons also should benefit from the performance bond e.g., when there is an agent who was appointed without authority and without his knowledge he has to perform under the contract on behalf of another party (the principal), then also that agent will be protected by the performance bond.

There are however circumstances where the person in interest cannot claim for damages under this bond. For example, if a contractor performs part of a building construction project and partly fails then no one can claim for damages from the Performance Bond because he has partially performed by carrying out some works which have been accepted by the owner of that building.

How do you make a performance bond legal?

A performance bond is a contract in which you are essentially guaranteeing your project is completed to the client’s satisfaction. This ensures that they are not out any money for payment unless all services have been met in full. To be legally binding, this kind of agreement must meet certain requirements under the law.

Performance bonds are contracts that can have one or more sureties that agree to pay an agreed-to penalty if the principal debtor does not complete the work according to their contract with the owner of the property or project.  The contractor enters into a contract with a customer who wants services performed on his/her property/project and agrees to complete them within a specific time period, and agrees to forfeit a certain amount of money if they fail to do so.

Consequently, the contractor then purchases a performance bond issued by an insurance company that promises that the contractors will follow through with their obligations and/or duties under the contract in order to protect its customers from losing their investment in cases such as the contractor failing to complete the work.